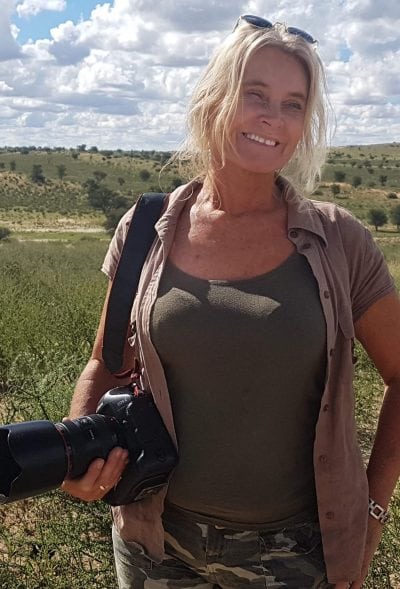 From my last trip in Kgalagadi April/May 2018 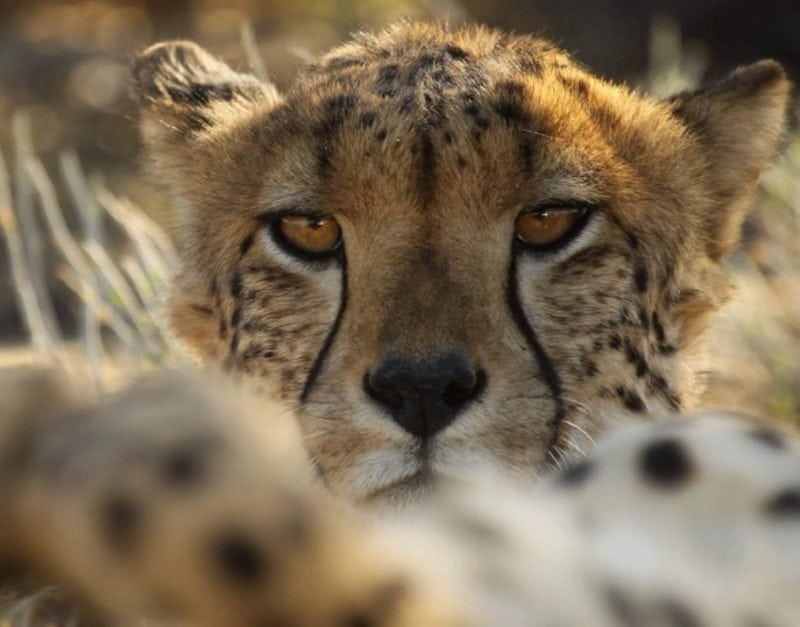 Kgalagadi was full of water and very green this time. Animals were a bit more scarce then unusual as green grass and puddles are now everywhere, as opposed to focused in the dried out river beds as per drier seasons. 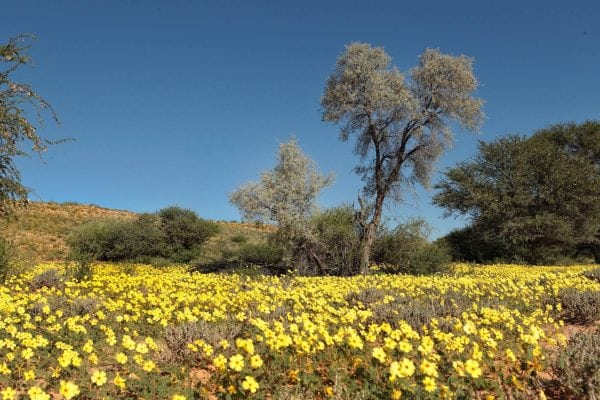 I had some lovely big cat sightings. One day I came across a pride consisting of 3 magnificent male lions and two large well-conditioned females. The three males are brothers and in beautiful condition, however at the stage of the sighting, rather skinny and in definite need of some food. I knew that the coming night would be a night of hunting and filling empty stomachs with fresh meat and that there would be one less grazer walking the green fields in the morning. 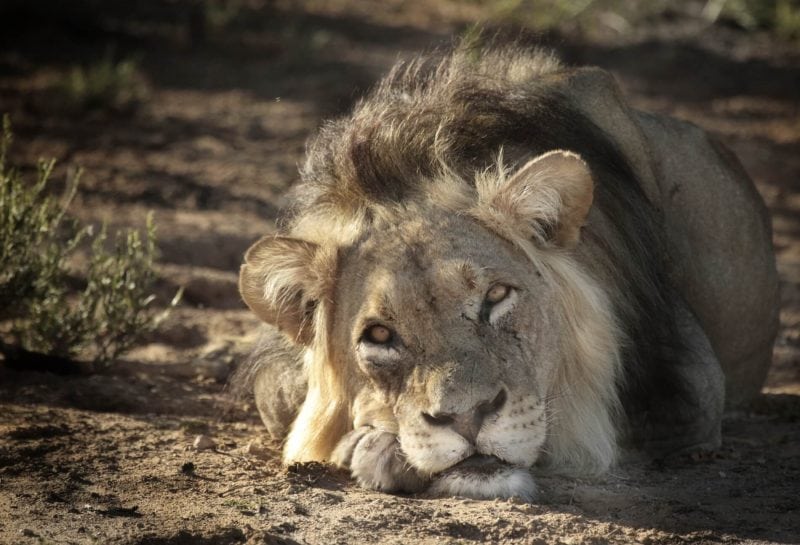 In the early morning hours I returned to the region where I sighted the lions the previous afternoon, only to find the three males a few kilometres further south next to the road, with overfilled tummies incapable of moving as if in a coma, next to their completely devoured wildebeest. The sandy tracks, on which I was driving, was covered in a large patch of slowly drying blood and investigating the tracks all around it looked as if the unfortunate wildebeest took its very last breath right there on the road just a few hours earlier. The females were nowhere to be seen and my guess is that they were not invited to share the feast and trooped off too conduct their own hunt, a safe distance from the three greedy males. 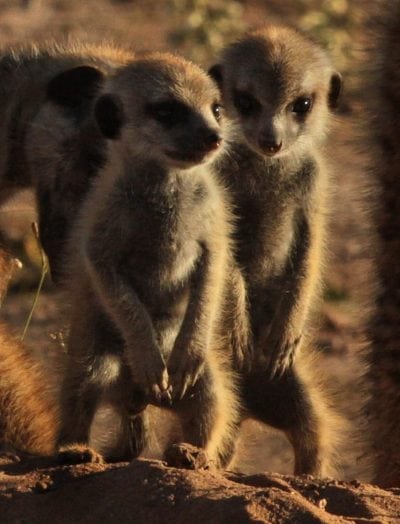 On one of my morning drives I was lucky to come across a community of meerkat interacting in the early soft rays of the sun. It offered me a wonderful opportunity to shoot some really gorgeous footage. They kept me entertained for a good hour and a half. Indeed the meerkats are comical little creatures and as the very young ones came crawling from their sandy tunnel homes, waking up from their night sleep, stretching, playing, yawing and seeking safety by the mother and other members from the community they were pure delight.

These gorgeous little creatures really made me laugh as their little unstable and wobbly legs made them lose their balance during their morning fun and games. 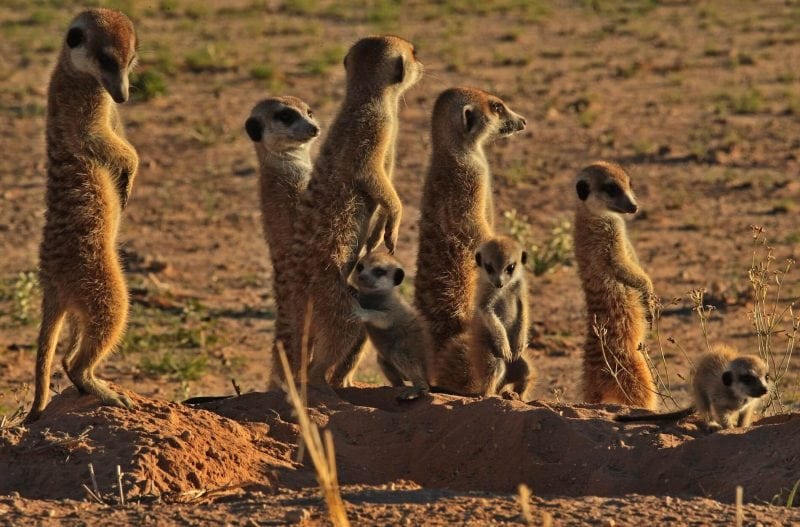 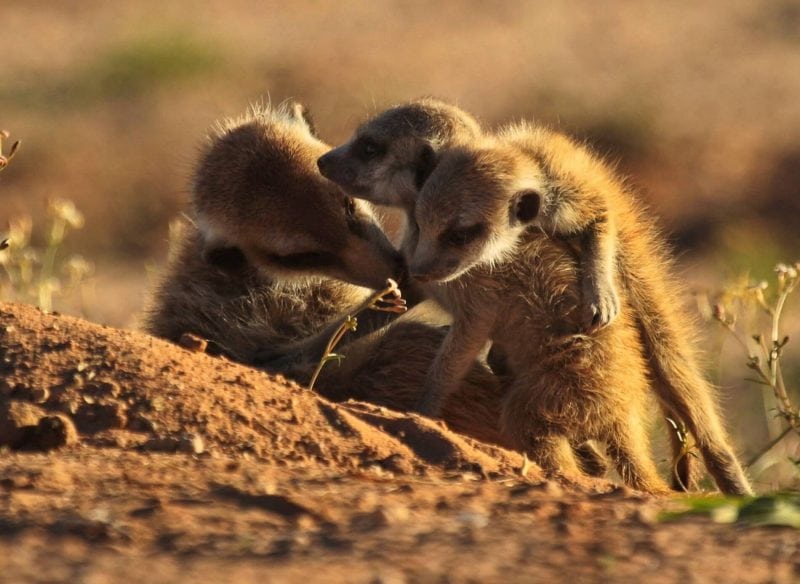 I sighted a leopard on the prowl and was able to follow it from a distance for a while, before it disappeared behind the bright red coloured desert dunes, off on a hunt, not to be seen or heard by me or anyone else, as the silent formidable hunter went off on his  own mission.

Earlier the same day I was privileged to spot a family of young adult cheetah with their mother relaxing in the afternoon sun just a few meters off the path. I had a great time and it was a true privilege to be watching them for a couple of hours interacting with one another, just a few meters away from me. 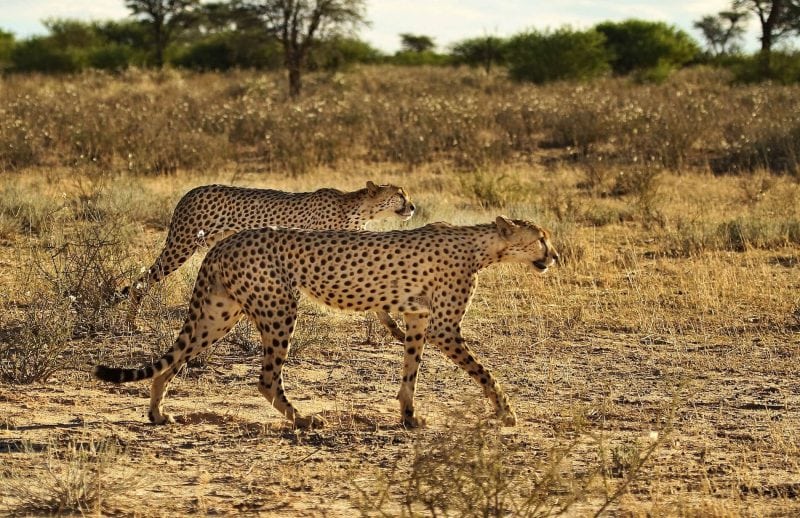 The following afternoon I came across a magnificent lone male lion resting in the shade whilst being spied upon both by a cheetah from up a rocky ridge not far off, knowing to keep her safe distance.   Slightly to the West was a cautious Oryx peeping its head above the ridge, taking note of the relaxing predator just down below.  The scenario resembled a really good National Geographic documentary, only this time being in the reality of all the action and natures true cause. 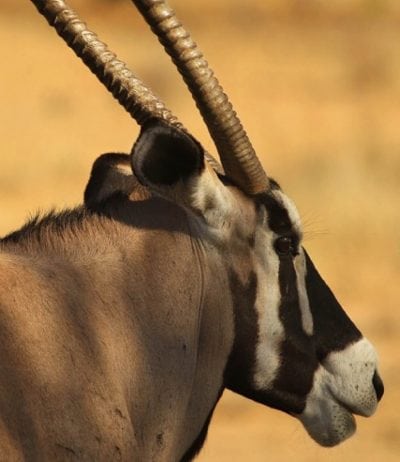 There was a fair amount of young grazers around, just a couple of months old. They managed to survive from the perilous early stages of their lives as newborn in the harsh reality of the African wilderness. Everywhere I spotted young wildebeest, gemsbok, red hartebeest and springbok in amongst the herds of grazers. They were considerably bigger than when I saw them  in January, when most of them, a few hours old, were walking around keeping close to their mothers on wobbly legs with their still drying umbilical cord. 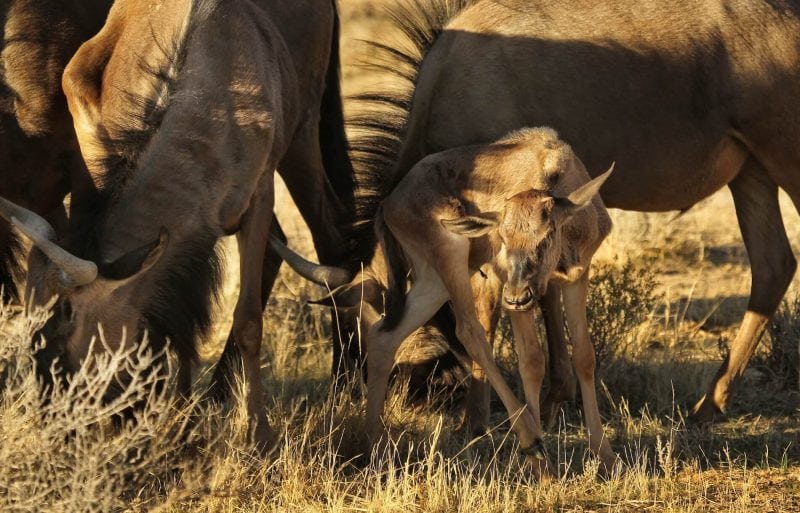 Thank goodness, I camped out in a good heavy duty Safari Canvas tent.  It has always served me well and did not fail me this time either. Every night Mother nature delivered a spectacle of thunderstorms with one flash after another followed by deafening, loud, cracking thunders that made the earth shudder, enduring for hours at end. The winds were strong and the tent was threatening to take off some nights but remained on the ground due to some serious heavy-duty tent pegs and several ropes tied to the tree next to my tent and of course my own body weight. 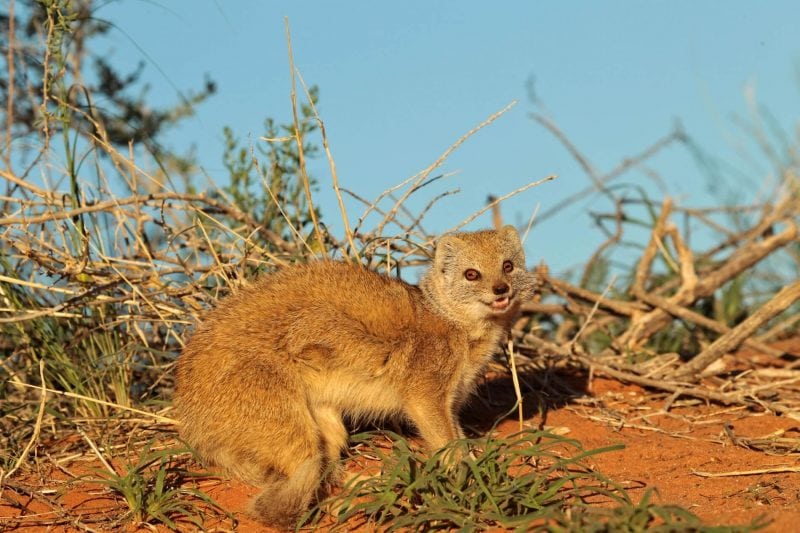 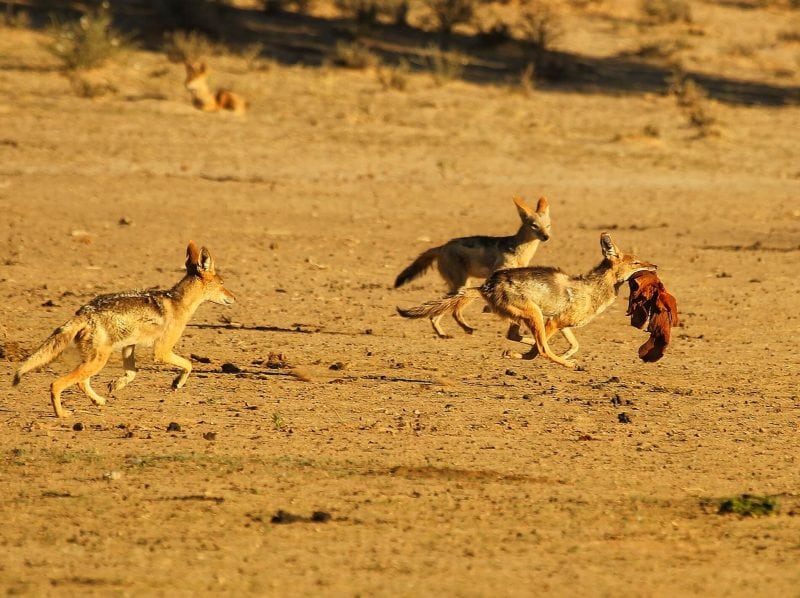 In the morning the clouds would disburse and reveal the ever-blue endless African sky, studded with white cumulus clouds, as if the storms of the night never happened.

The roads and the dried out river beds would be filled with water at strategic spots reflecting the sky and the vegetation making for a truly spectacular scenery, all very different from what is the norm in Kgalagardi’s’ red dune semi desert environment. 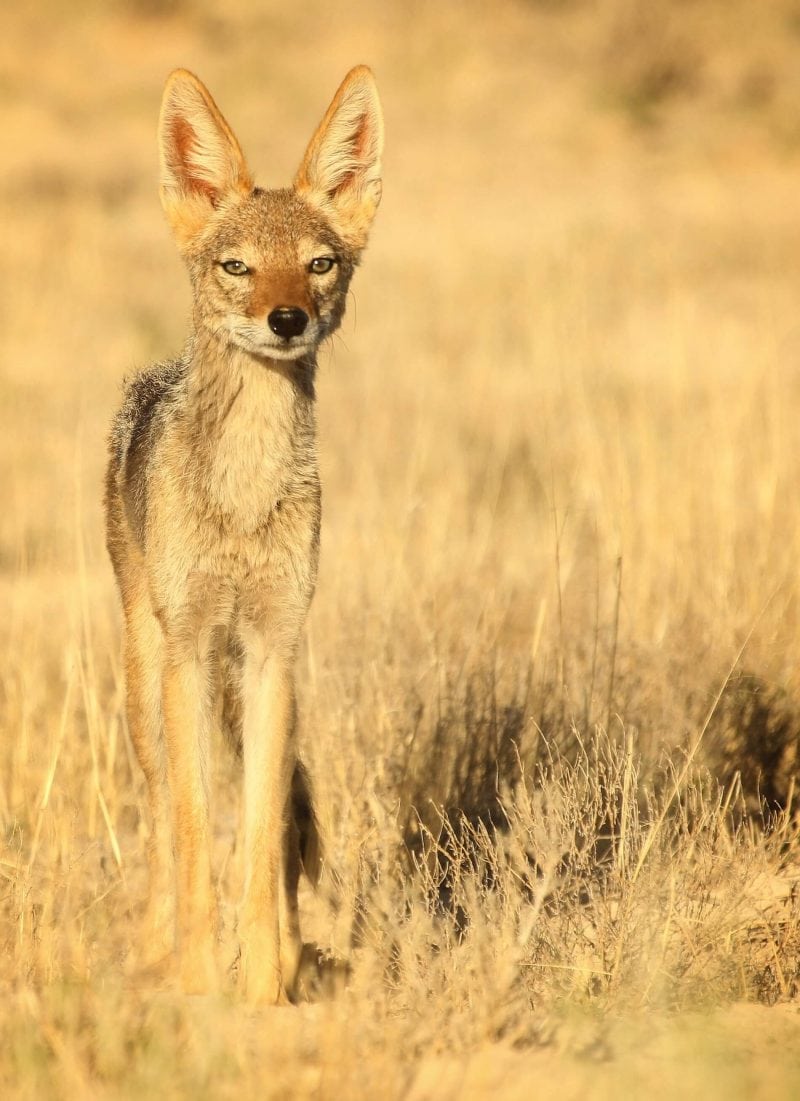 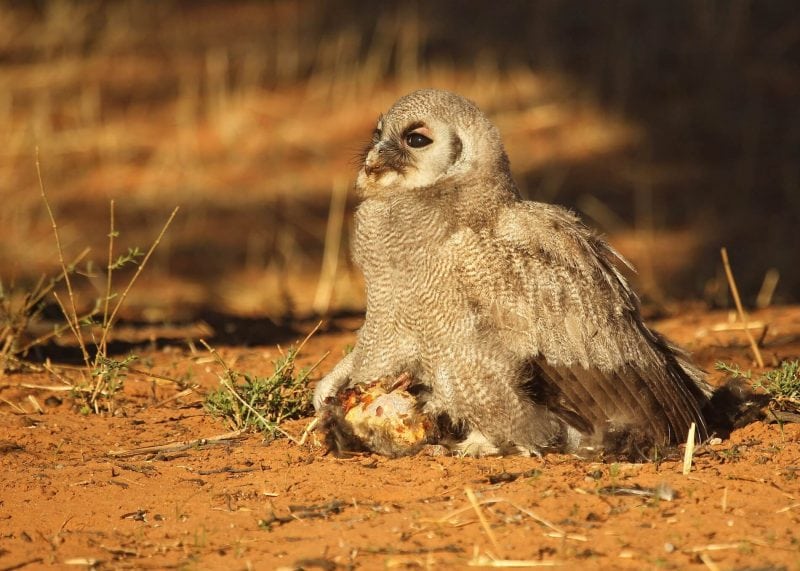 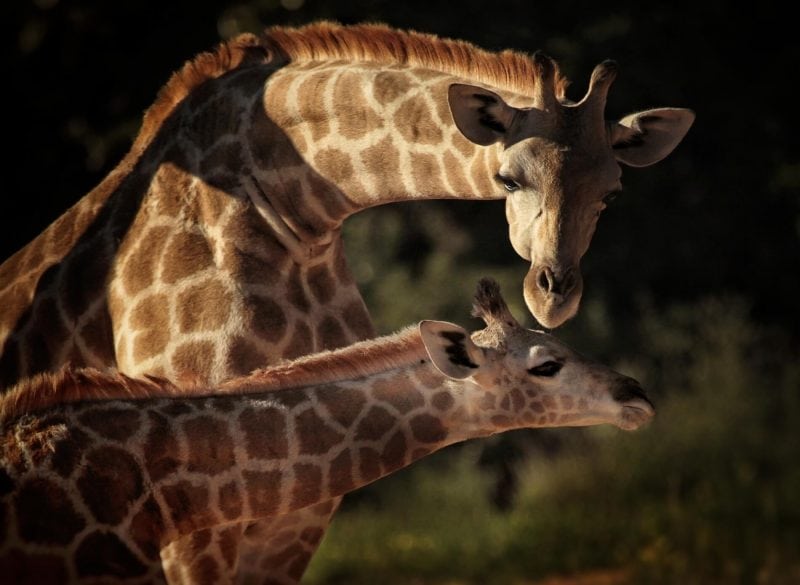 No two visits to the Kgalagadi are ever the same.

The atmosphere and environment can change in a blink of an eye.

Sometimes hidden by a dust storm and at times with gathering thunderclouds building up in the distance.  Scorching heat, drought and blessed rains

It is an open , honest raw world which readily shares its riches with whomever will appreciate it. 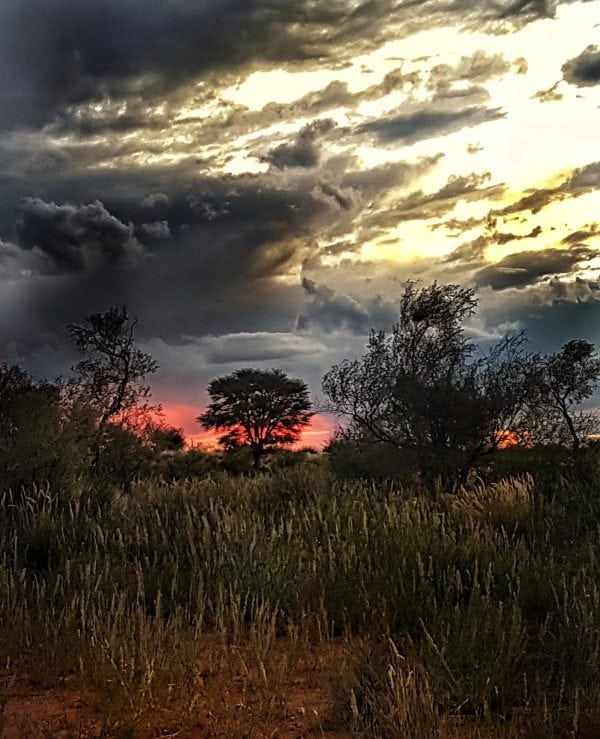